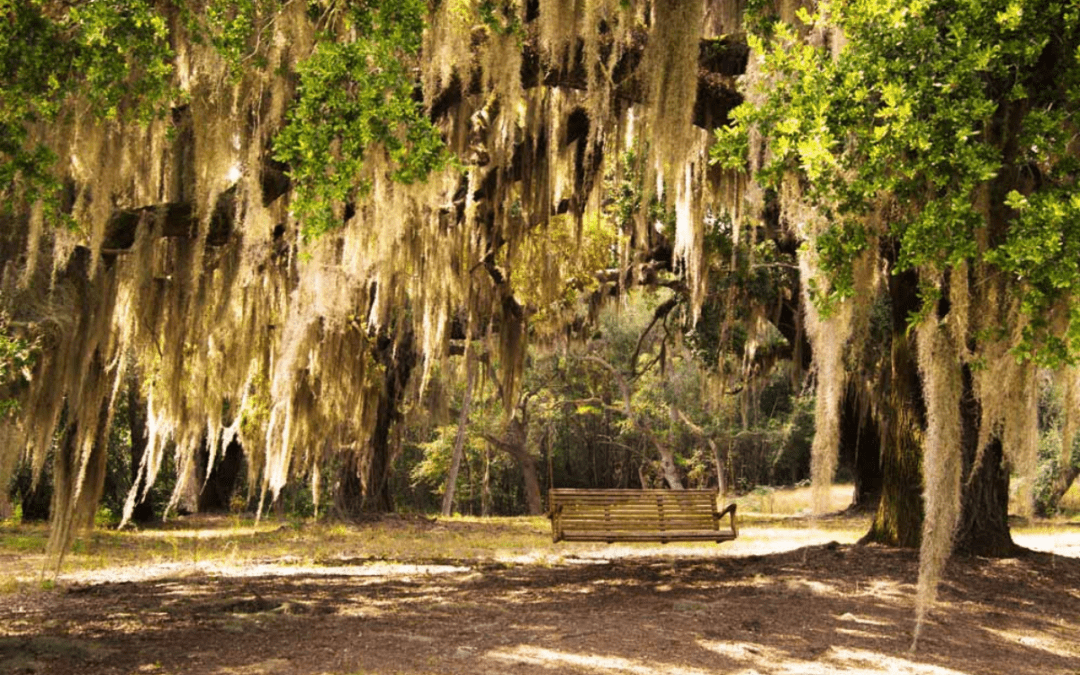 A photo of a stunning Savannah Moss Tree is an instant reminder of the south and all the history that it holds. These are some of the most iconic trees in the world.

If you need a tree company in Savannah that can take care of your trees, call Top Tree Service Company at 912-480-0132 or email us at info@toptreeservicescompany.com.

How much do you know about Savannah Moss Trees?

Savannah trees have a special place in the heart of most of Chatham Counties residents. They are a part of history and they make Savannah unique.

Savannah Moss Trees aren’t from Savannah, and the moss isn’t actually moss. Spanish moss(that hangs on the trees) is a member of the bromeliad species, which puts it in the same family as pineapples.

Spanish moss is, in fact, native to Central America, Mexico, United States, South America, and the Caribbean’s where it grows in tropical settings. Right here in the U.S., Spanish moss ranges from Virginia to Texas, generally growing in the humid locations of the south. The Savannah Moss Tree had Many Uses

Until around 1960, the Spanish moss from Savannah Moss Trees was utilized for all kinds of things, such as stuffing for furniture or car seats. Native American Indians would use Spanish moss to build beds.

They even used it as a thread to make clothes with when other materials weren’t available. Spanish moss doesn’t attract moths, which upholsterers liked more than wool until they were both replaced by synthetic fibers.

Savannah Moss Trees are used by many species. Mocking Birds and Brown Thrashers use it to make their nests. Three different types of bats and rat snakes live in Savannah Moss Trees. Boll weevils and chiggers are especially attracted to Spanish moss.

Other Names for Savannah Moss Trees Savannah Moss Trees are actually considered historical monuments if they are over a certain age. This means that local and national governments protect them. If you attempted to cut down a Savannah Moss Tree without the right permits, you could face a very serious fine. Tree cutting without a permit could land you in big trouble.

Can You Cut Down Savannah Moss Trees?

Because of the special status of Savannah Moss trees, only a professional tree removal service is allowed to trim or cut down the trees. If you have one of these beautiful trees on your property that has been damaged due to a storm or disease, call a tree service in Savannah so they can advise you on the right steps to take to remove the tree safely. Top Tree Service Company is the tree service Savannah GA residents trust the most. We are the number one tree removal company and have been providing the highest quality service in Georgia for over ten years. Call us at 912-480-0132 for a free tree removal estimate and a free arborist inspection.